Travel between Stevenage and Watton-at-Stone 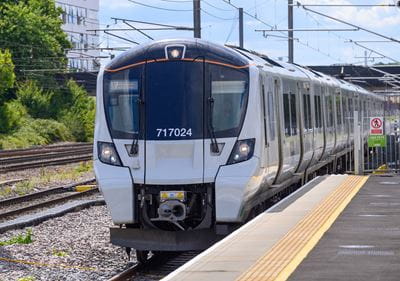 These services will run at an improved all-day, twice-hourly service, giving passengers from the Hertford North line better connections with the fast-mainline services which stop at Stevenage, including those to Cambridge, Peterborough, Gatwick and Brighton.

Work began in early 2019 to build a dedicated fifth platform where our local Great Northern trains from the Hertford North line could terminate and then go back towards London.

This vital project created space on the existing tracks for the extra Thameslink trains which are already running on the East Coast Main Line between Cambridge and Brighton, while at the same time restoring the train service between Stevenage and the Hertford Loop that had been replaced by buses since May 2019.

The new platform includes a passenger lift and stairs to an extended station footbridge along with two waiting rooms, three sets of seating, a help point and ticket machine.

We would like to thank all our customers for their understanding and patience during this project.